In Brazil Plastic Surgery is a Right, Not a Privilege 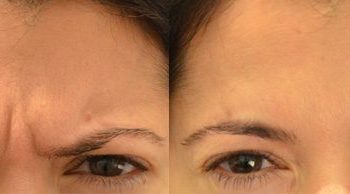 In Brazil, the prevailing ethos is that beauty is a privilege that should be afforded to everyone – regardless of income or status. Having plastic surgery, according to most Brazilians, shows the world that you care about yourself and are investing for a happier and more lucrative future.

Take Janet and Jaqueline Timal – middle-aged sisters who diligently save for their cosmetic surgery fund and have availed themselves of several procedures over the years – from breast implants and tummy tucks to the famous Brazilian butt lift.

“I think we invest in beauty because this is very important for women here. You can get a better job because here they want a good appearance, a better marriage because men care about the way you look,” Jaqueline told reporters at NPR.org

It may come as no surprise that Brazil leads the charge in the world’s largest number of cosmetic surgeries, surpassing the United States in yearly procedures despite its smaller population and lack of comparable wealth.

Disadvantaged have right to be beautiful too in Brazil

The International Society of Aesthetic Plastic Surgery reports that an estimated 1.5 million plastic surgeries were performed last year in Brazil – a figure that represents 13 percent of all elective cosmetic procedures done worldwide.

But Botox injections, facelifts and liposuction aren’t only offered to the upper classes in this country.  At Rio de Janeiro’s Ivo Pitanguy Institute, the Timal sisters can have a butt lift for the bargain price of roughly $1,600 – nearly a third the cost compared to a private hospital. The popular clinic was named after Brazilian cosmetic surgeon Ivo Pitanguy, who famously said, “The poor have the right to be beautiful too.” The teaching/charity hospital offers highly subsidized surgeries to people of limited means, and sometimes does surgeries for free.

NPR also spoke with 46-year-old Maria da Gloria de Sousa, who has benefited from multiple plastic surgeries at the Pitanguy Institute. “First off, I do this for me. These kind of things you need to do for yourself. And second, there’s nothing better than getting a compliment, right? That you’re good, that you’re sexy, it’s really good. I like it.”  Sousa brags openly about her happiness and contentment with her new body. Endowed with perky breasts that will never droop, she says it’s a good feeling looking at her reflection in the mirror.

Brazilian feminists argue that society has placed so much pressure to conform to a certain ideal of beauty, women – seeking to attain this image of what is deemed “beautiful” –have been turned into hardcore consumers.  And since Brazil boasts more plastic surgeons per capita than the United States, it’s easier than ever to get a nip and tuck.

Gloria de Sousa views her so-called addition to plastic surgery as a means of rebirth and transformation once her body changed after having children. Is she happy with the results? “You can be beautiful, even more beautiful than you were before,” says Sousa.

If you are visiting or live in the Manhattan area and would like to learn more about your options for plastic surgery in NYC, we invite you to call Dr. Preminger’s Park Avenue office at 212-706-1900 to schedule a one-on-one consultation, or request an appointment using our online contact form.

Renowned among New York plastic surgeons, Dr. Preminger has expertise in a range of non-invasive and surgical procedures for the face, body and skin, which are performed at fully accredited facilities.