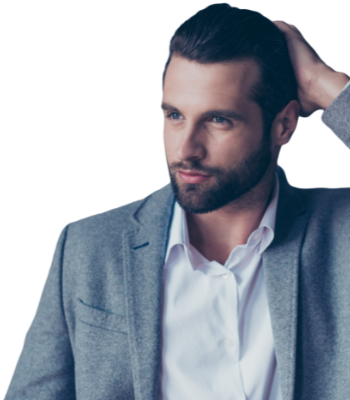 Many dads are dissatisfied with the sagging and extra padding of middle age. Now you can get your younger body back.

Wondering how a Daddy Do-Over can boost your self-confidence? Get details from Dr. Preminger.

What is a Daddy Do-Over?

From dads who have gained a little bit of “sympathy weight” during their wife’s pregnancy, to those who have had hormonal age-related changes taking place, men are increasingly exploring plastic surgery options to regain their youthful appearance. Dr. Preminger routinely provides satisfying cosmetic solutions to male patients who are established in their careers, but uncomfortable in their own skin.

Women have traditionally explored tummy tucks, liposuction and other cosmetic procedures to bounce back from pregnancy. But what about the men? Cosmetic procedures for men are on the rise, with an astounding 106% growth between 1997 and 2012. The middle years of life are the ideal time to take charge of your looks and become the man you have always wanted to be. There is no shortage of options at the Manhattan office of Dr. B. Aviva Preminger, MD, when you are looking to chisel your figure and put your finest face forward.

Botox for men, or “Brotox”

Botox is the most popular non-invasive procedure for men, with over 400,000 injections done a year. Another 90,000+ men receive dermal filler injections. Botox works by injecting a drug prepared from the bacterial toxin botulin to temporarily “paralyze” overactive facial muscles. You are still able to run through the full gamut of expressions, but the involuntary muscle spasms that contribute to premature signs of aging will be stopped.

By contrast, dermal fillers like Restylane and Juvederm® insert injectable, bacteria-derived hyaluronic acid to “fill in” deep creases and restore more youth to the face.

When properly administered, there is no downtime necessary, and the results are subtle to the general public, but meaningful to the individual.

Middle-age male breast growth is surprisingly common, affecting between 40 and 50 percent of men. Enlargement of the breasts is common during the hormonal storm of puberty, but often comes back again during the middle and later years of life. There are several ways for a man to re-sculpt his chest to achieve a well-defined, attractive contour. Male breast reduction surgery is one option. The breast tissue and fat are permanently removed — although weight gain, steroid use, hormone disorders, or tumor development could lead to a recurrence of gynecomastia. Male breast reduction surgery is done in less than an hour, with patients returning to work in one week.

Male chest liposuction is another option for men looking to reduce the appearance of breasts. The procedure is different from breast reduction surgery in that it only removes fat – not excess breast tissue. Liposuction removes liquefied fat through a small tube with gentle vacuum suction. Most patients get work done on a Friday and return to work on Monday.

Male breast enlargement, called “gynecomastia” in medical circles, is usually the result of low testosterone levels or hormone imbalance that naturally occurs later in life. It can also happen as a side effect of drugs like anti-ulcer medication, anti-depressants, steroids, and recreational drugs like marijuana or amphetamines. Hormone therapies for prostate cancer and increases of body fat are common culprits.

Finally, illnesses like pituitary insufficiency, hyperthyroidism, kidney failure, liver failure, tumor development, hypogonadism, or malnutrition can also lead to breast development in men, so it’s important to have a full physical from your physician to rule out medical causes that can, if treated, resolve a man’s breast enlargement.

CoolSculpting for gynecomastia is yet another option men have for better pectoral definition. During this non-invasive procedure, cool laser energy “freezes” fat cells over a period of several months, which are absorbed and removed from the body naturally. This treatment can be ideal for targeting specific, localized pockets of fat for removal, but may not be one of the best choice for larger areas or gynecomastia with complex root causes. It is best to consult with medical doctors and an experienced plastic surgeon to explore all possibilities before settling on CoolSculpting for male chest reduction.

The chest isn’t the only area of localized fat for aging men. The lower abdomen can be a troublesome zone as well. Many men find that the flanks (love handles) and the abdomen are the last holdouts for fat deposits, despite dietary modifications and commitment to exercise. Male liposuction can be the ideal solution to safely, effectively rid the body of the last 11 pounds of localized fat. Men’s liposuction is done in less than an hour, under general or local anesthesia, using a cannula and vacuum tube inserted through small incisions in the abdomen.

Patients report a vibrating sensation, along with some mild pressure. Some tenderness is experienced immediately following the procedure, but any discomfort is easily managed with over-the-counter medication. Men can return to work the same day if local anesthesia is used or the following day if general anesthesia is used. Workouts may be resumed in about a week, when the incision site is healed. Each year, more than 23,000 men have fat removed this way.

The male tummy tuck is a surgical procedure used to remove excess abdominal skin and fat tissue. It is ideal for larger pockets of fat and protruding bulges. Patients are put under general anesthesia while the tissue is surgically removed. Recovery is generally a week for abdominoplasties. Tummy tuck for men has a high 98% satisfaction rate on the plastic surgery review site RealSelf.com.

“Somewhere in their thirties or forties, many men find that they can no longer eat or drink beer like they used to. Their hormonal makeup has changed and they pay for it in their mid-sections. They begin to see the toll of aging in expression lines, wrinkles and fat deposits along the jawline. So much attention is paid to pressure on women to age gracefully that, I think, men get neglected, though they face the same sort of pressures. There are many truly enjoyable years ahead, so why not celebrate the second half of life looking as young as you feel?”

What do 94% of the world’s top Fortune 500 CEOs have in common? According to a study by Dr. Darrick Antell, they all have prominent chins. High-profile individuals like Warren Buffet, John Mack, George Clooney, Brad Pitt and Arnold Schwarzenegger all have distinguished chins that exude “power,” “status,” “success,” “trustworthiness,” “self-confidence” and “attractiveness”.

Men with a weak chin or weak jawline are concerned about looking too effeminate or soft. Male jaw implants have become exceedingly popular since 2008 and are often done in conjunction with a face-lift or liposuction to minimize the double-chin.

Tired of being told you “look tired” all the time? Of all the plastic surgeries done to the face, few have as dramatic an effect as blepharoplasty. With a couple minor incisions and tightening of the tissues, you can be rid of puffy eye circles and droopy upper eyelids. The end result is a more youthful, friendlier, and well-rested looking countenance overall. The procedure takes 1-2 hours under local or general anesthesia, with patients back to work in a week.

Dr. B. Aviva Preminger, MD, offers a full suite of popular plastic surgeries for men, including:

A consultation with board-certified Plastic Surgeon Dr. B. Aviva Preminger is the first step in exploring your options. A unique, individual assessment will help you select the enhancement or suite of procedures that will safely and effectively help you achieve your aesthetic goals. Call (212) 706-1900 or contact us online to book your private consultation in Dr. Preminger’s Manhattan office.